Source Audio has announced the release pf the EQ2 Programmable EQ, initially announced in January at the 2020 NAMM conference. The EQ2 is the follow-up to Source Audio’s very popular Programmable EQ, a multi-preset, MIDI controllable pedal that landed on the boards of numerous pro guitarists.

“Source Audio created a completely new product category when we released the Programmable EQ pedal back in 2011,” said Source Audio President Roger Smith. “It gradually became one of our most successful products. We are confident that the EQ2, with its ten adjustable frequency bands, stereo I/O, and both graphic and parametric equalization capabilities, will be another big success.”

The EQ2 Programmable EQ is a combination graphic and parametric equalizer pedal with 10 adjustable frequency bands, stereo inputs and outputs, 4,8, or 128 onboard user presets (depending on the preset mode), full MIDI compatibility, 5-pin MIDI DIN input and thru jacks, a master volume with an additional 12dB of boost, plus an onboard noise gate, dynamic limiter, and chromatic tuner. The pedal flaunts sleek, modern hardware with a crystal-clear LED screen, simple control surface, and on-the-fly preset switching capabilities.

In addition to its highly flexible onboard options, the EQ2 is compatible with Source Audio’s Neuro Mobile App (a free download for iOS and Android) and Neuro Desktop Editor (a free download for Mac and Windows machines). This advanced software provides a simple and visually comprehensive view of the parametric EQ controls with adjustable frequency center point and Q factor (“Q”) on all 10 bands. The Neuro Editors also offer a huge collection of highly detailed preset creation tools as well as the ability to download and share EQ2 presets with the ever-growing Neuro Community. 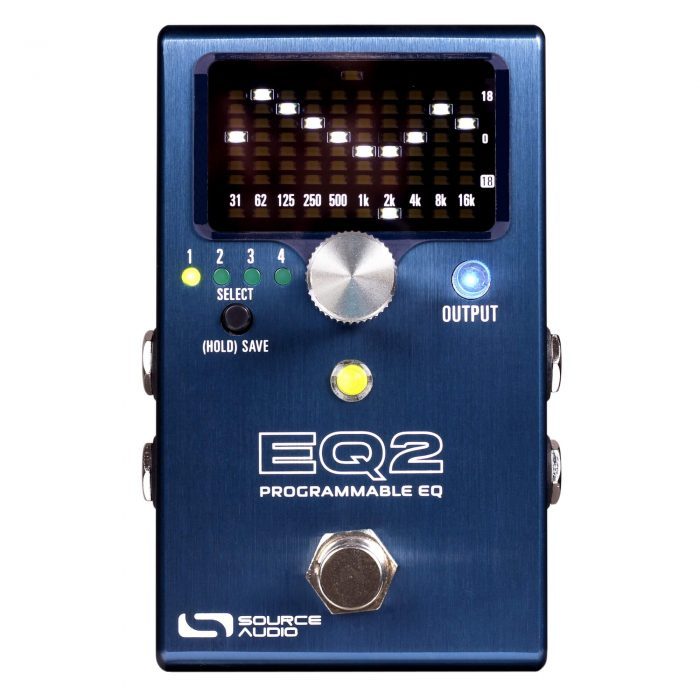 The EQ2 offers an expanded collection of stereo signal routing options, including mono to stereo, stereo to stereo, and the ability to split the signal and simultaneously run two discrete EQ presets (one for each stereo output). It also includes an external loop option with the ability to place EQ settings before, after, or both before and after the effects pedal in the loop.

The topside of the pedal features a pair of jacks compatible with external controllers and software. Its USB port connects with the Neuro Desktop Editor for advanced editing possibilities and firmware updates. It also receives MIDI program change (PC) and continuous controller (CC) messages from a digital audio workstation (DAW). Additionally, the USB port now supports two-way communication with Apple or Android mobile devices. The EQ2’s 1/8″ CONTROL INPUT jack connects with either the Source Audio Dual Expression Pedal for simultaneous expression control of up to four parameters, or the Source Audio Tap Switch for channel swapping, preset scrolling, tuner access, and parameter changes. This is also the connection jack for Source Audio’s Neuro Hub. The Neuro Hub smoothly incorporates the EQ2 into the greater Source Audio ecosystem.

The street price of EQ2 is $269 USD. Source Audio is currently shipping the EQ2 to retailers.

Spring Sale: Save 50% at Perimeter Sound and SoundSpice 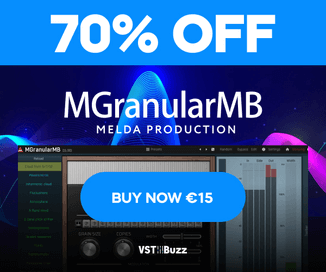