Squaredheads has released version 2.2 of Nora, its pattern based arpeggiator/phrase sequencer designed to allow the creation of solo melodies, rhythmic basslines, or stabs. 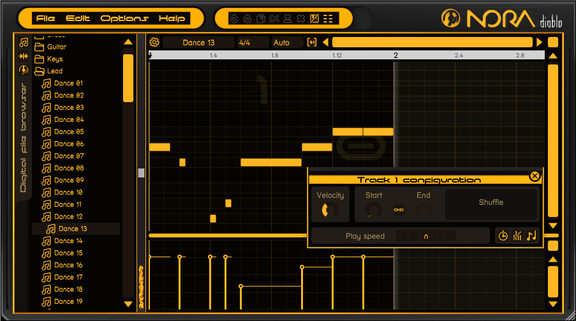 Nora has been updated to v2.2. This update offers an improvement on UI feedback features as well as at internal level, in order to leave it prepared for future updates.

Nora for Windows and Mac (VST/AU) is available for purchae for 49 EUR.