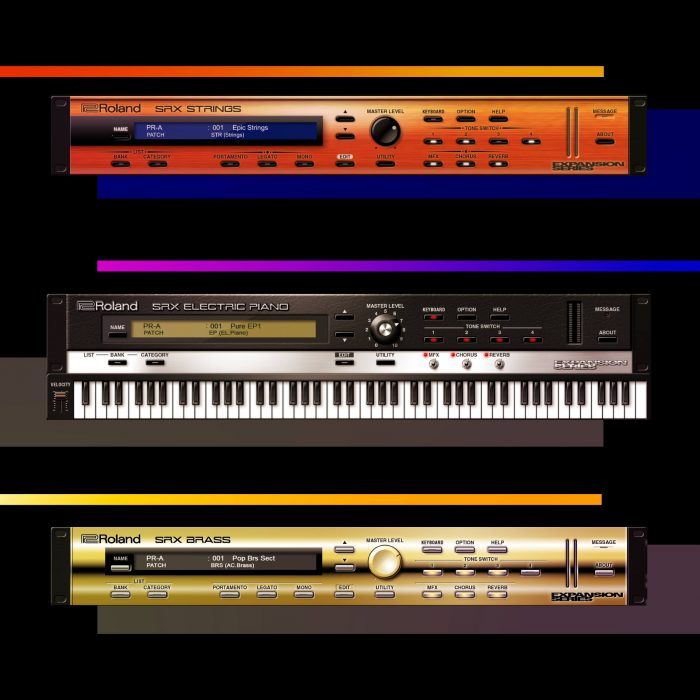 Created in the spirit of Roland’s seminal classics with reimagined versatility, the SRX Electric Piano, SRX Strings, and SRX Brass draw from the spirit of the original hardware boards with the meticulous attention to detail that the brand is known for around the world.

Upon its initial release more than a decade ago, SRX ELECTRIC PIANO—the twelfth title in Roland’s popular SRX series of expansion boards—was described as “the finest sound library of coveted EPs and clavs to bear the Roland logo.” The sampled keyboard instruments in SRX ELECTRIC PIANO were recorded with high-end mics and converters at multiple velocities. These electric pianos are authentic, expressive, and possess stunning audio detail. Its 50 diverse sounds—in Rhodes, Wurlitzer, and clavinet styles—vary from bright and vibrant to dusky and warm.

The 128 presets in SRX STRINGS cover every potential string expression including pizzicato, legato, and vibrato playing. Presets like “Trems/w fine” react differently depending on the velocity of each note played. A softer touch conjures a tense and trembling tremolo, while a more aggressive one elicits a smoothly bowed note. SRX STRINGS includes endlessly tweakable parameters as well as effects for users to create new tones.

The tenth title in Roland’s SRX series provided users with what Roland originally described as “a superb collection of sounds that capture the true articulations of traditional brass instruments and ensembles.” The diverse patches in SRX BRASS are now available in Roland Cloud and are broad enough for crafting pop hits, scoring films, classical composition, and beyond. These sounds give composers freedom to arrange horn parts with dynamism that includes realistic falls and swells.

The new instruments are now available to Roland Cloud users. New users can sign up for a free 30-day trial.