The UR-RT2 and UR-RT4 are the result of the collaboration between Steinberg and Rupert Neve Designs. By factoring in the engineering expertise at Yamaha, these two exceptional USB audio interfaces deliver the “real thing,” providing pristine sound quality that equals that of high-end studios. 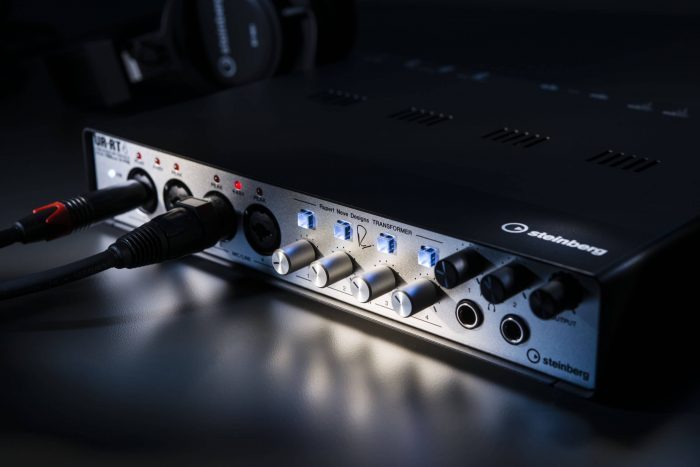 The UR-RT audio interfaces offer a production studio solution for any situation. The durable build quality of the casing is only surpassed by the quality of the components within, and the forefront are the implemented transformers by Rupert Neve Designs.

The name of Rupert Neve is synonymous with the highest quality in analog sound. The transformer circuitry used in the UR-RT was specifically developed for audio interfaces, and to this very day Rupert Neve Designs relies on its transformer design to lend the character sound a touch of natural compression and saturation.

“I’m very glad that we can work together with Steinberg. We are proud that we’ve helped move this type of sound quality and character into a new market and audience,” said Josh Thomas, general manager at Rupert Neve Designs. 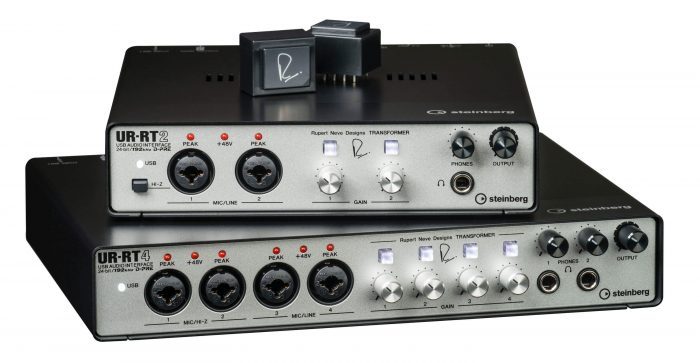 The UR-RT2 comes with four inputs and two outputs, while the UR-RT4 boasts six inputs and four outputs. Both interfaces offer USB 2.0 and MIDI connectivity alongside a range of input/output options for laptop and iPad, as well as providing DSP-powered effects for zero-latency monitoring. Together with the studio-grade D-PRE preamps by Yamaha and the featured Rupert Neve Designs transformers, the UR-RT interfaces deliver an expressive sound with rich harmonics that can be captured through the included Cubase AI software.

Steinberg’s Senior Marketing Manager Stefan Schreiber commented: “We at Steinberg are very excited about this collaboration and the opportunity to utilize the legendary sound of Rupert Neve Designs in our trusted USB audio interfaces.”

Steinberg is exhibiting the UR-RT2 and UR-RT4 at the Musikmesse trade show in Frankfurt, Germany, from April 11th–14th. Attendees can find Steinberg on the Yamaha floor at Portalhaus.