Steinberg has announced the release of Cubase iC Pro, the most advanced remote control app for Cubase, now available for iPhone and iPad.

“Cubase iC Pro’s the perfect remote control app for recording your performance on Cubase via Wi-Fi when nobody else is around to press the record button on your computer,” remarked Carlos Mendoza Rohde, product marketing manager at Steinberg. “But, really, it’s so much more. With Cubase iC Pro on your iPhone, you can set up four headphone mixes, scroll through projects and control transport functions, key commands and macros in an intuitive way.” 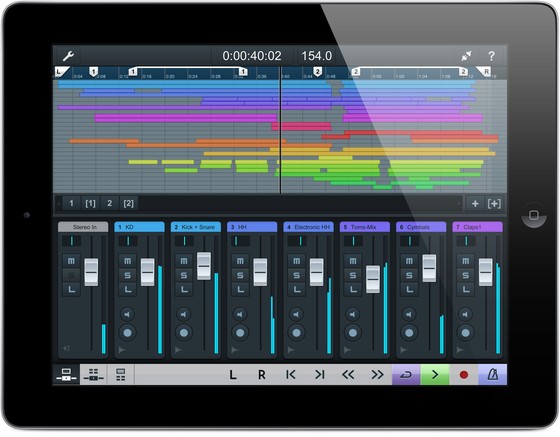 The Cubase iC Pro app features three pages for quickly accessing various controls in Cubase. The project page allows Cubase users to navigate through the project, place and move to locators and markers, tap in the tempo and engage\disengage the metronome. Also featured are transport controls and zoom capability. The second page displays a four-channel mixer in three zoom modes, with fader control, panning, mute/solo, read/write automation and record arming for basic recordings. It also interlinks to the Control Room in Cubase 7 and Cubase 6.5 for a maximum of four cue-mixes, offering individually controlled headphone monitoring. The third and final page facilitates creating and managing key commands and macros in Cubase, including already more than 100 factory presets. These assigned shortcuts help users to trigger predefined actions used regularly, which further expedite the workflow in Cubase.

Cubase iC Pro is available as download through the App Store, priced at 14.99 EUR including German VAT.