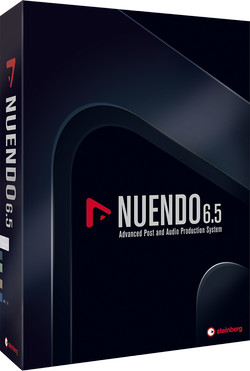 Steinberg has released Nuendo 6.5, the latest version of its post and audio production software which includes a significant amount of professional tools and functionality, such as enhanced loudness processing, bass frequency management and a vastly improved Automatic Dialog Replacement (ADR) taker system.

“If I had to single out one feature in this latest point update, I would choose our ADR taker system which has undergone refinements that add to its reliability and expand the possibilities for recording voice and foley,” commented Timo Wildenhain, product marketing manager at Steinberg.

Fredo Gevaert, owner of Temple of Tune, one of Belgium’s leading post-production studios, adds: “Here at Temple of Tune we’re madly in love with the ADR toolset improvements, which we’ve secretly been using for foley recording, too. The track destinations and event naming are massive time savers.”