Steinberg has released version 2.2 of its Cubasis music app for iOS, adding new features and a new in-app purchase. 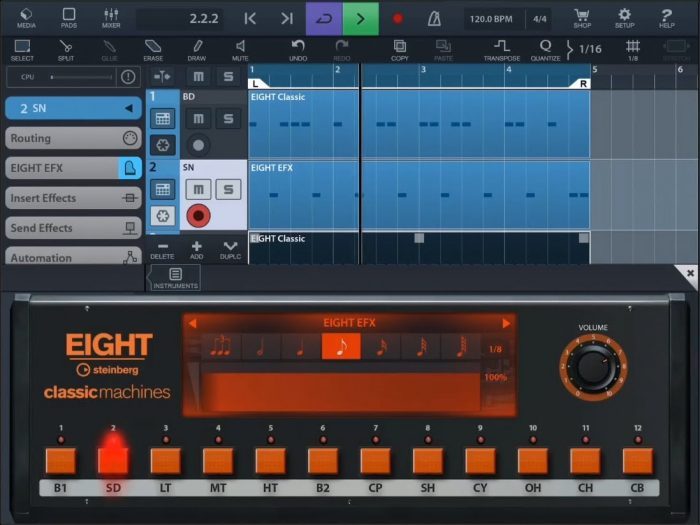 Introducing the Classic Machines IAP, users can now refill Cubasis with the legendary sounds of the ten most iconic drum machines of the ’80s — all in one instrument.

On top of that, Cubasis 2.2 adds Note Repeat that provides an intuitive solution for chord and beat programming. There also is Track Duplicate for the creation of exact track copies alongside further additions and improvements.

Classic Machines is exclusively available as in-app purchase from within Cubasis 2.2.

With these percussive sounds designed together with Allen Morgan, your beats will not only get heads nodding, but will also be a nod to the history of electronic music!

Cubasis is available at 50% off through July 18th, 2017. In-app purchases have reduced prices as well.