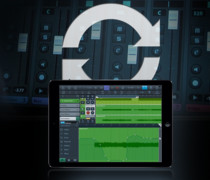 Steinberg has announced version 1.8.1 of Cubasis for iOS, the streamlined, multitouch sequencer for the iPad.

The 1.8.1 update not only solves several issues but also provides some small yet nice user-requested features. A noise gate plug-in, bluetooth audio support as well as a handful of usability improvements make Cubasis even more fun to use.