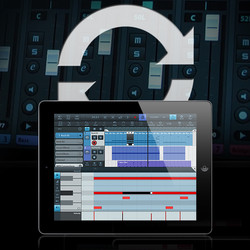 Steinberg has released version 1.8.3 of Cubasis, a sequencer app for iOS.

Cubasis is Steinberg’s streamlined, multitouch sequencer for the iPad. Specially designed for quick and easy operation, Cubasis makes recording, editing and mixing a breeze. You can also open your Cubasis projects in Cubase under Windows and OS X! Cubasis places touch-intuitive production tools in your hands, opening up a new world of possibilities for your creativity.

Reveal Sound intros All In One for Spire by Ven Adams