Steinberg has released version 2.4 of its Cubasis music app for iOS, adding highly user-requested new features as well as fixes and improvements throughout the app. 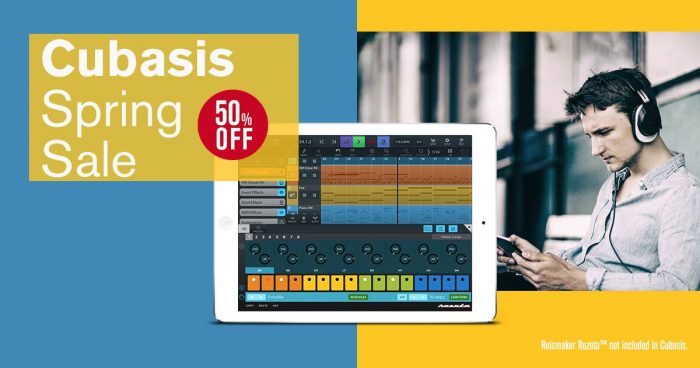 The update introduces Audio Unit MIDI, allowing you to sequence and control instruments via third-party AU MIDI plugins with ease.

The update also brings Apple Files app support, enabling you to view, preview and organize all Cubasis files quickly. In addition, the update provides fixes and improvements throughout the app.

Cubasis 2 equals ease of use and is as powerful as a fully featured iOS-based music production system can be pushing your capabilities out of limits. Whether you’re capturing simple ideas or complex musical masterpieces — It ships with outstanding, touch-optimized tools carrying you into the fun of recording, editing, mixing and sharing your music with the world right away.

Cubasis is on sale at 50% off as part of Steinberg’s Spring Sale, which also includes the Waves Plug-In Bundle in-app purchase, as well as other selected Cubasis in-app purchases.