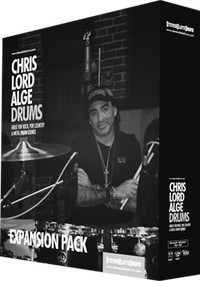 In the Spring of 2012, Chris Lord Alge revisited his recording engineer roots and recorded multiple world class drumkits at OCEAN studios in Burbank. He then mixed all the drums in his classic style in his LA mixroom using the same processing chains that you’ve heard on all of his records. He even printed a sample layer of his famous SONY reverb unit on the kicks and snares. The result is some of the fattest, punchiest, most mix ready virtual drums in the industry! And now you can use these classic Chris Lord Alge drums in Steven Slate Drums 4 Virtual Drum instrument and Steven Slate TRIGGER Drum Replacer/Enchancer.