Featuring heavy analogue synths, lush pads and evolving FX, Stranger Synths is the perfect soundtrack to a strange world in a parallel dimension. 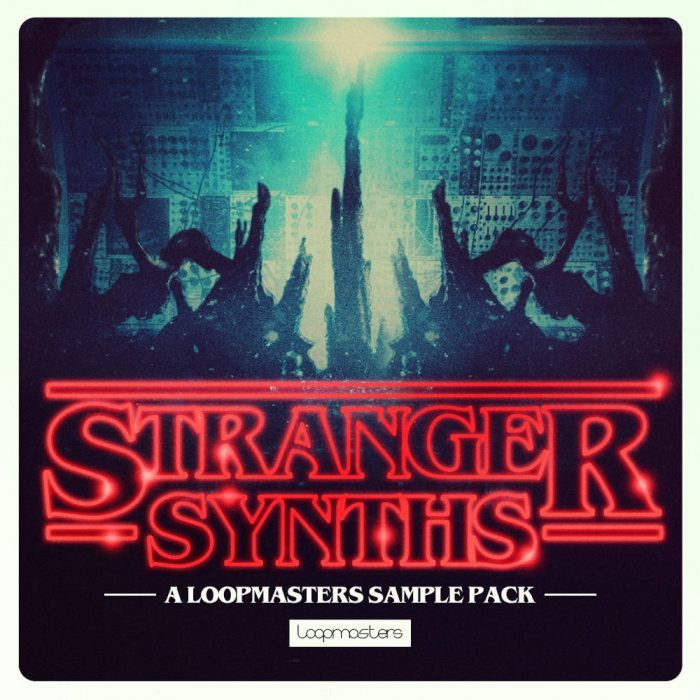 Stranger Synths is the brainchild of Dom Morley, who has worked with a wide variety of artists from Amy Winehouse and Richard Ashcroft to Underworld and Lemonjelly. His obsession with modular synths has meant a whole wall in his studio is now dedicated to his ever-growing collection at his Flint Barn Studio – where Stranger Synths was created.

This collection was inspired by the sounds and moods of the Netflix series `Stranger Things’ and features the sounds of the Mos-Lab, MacBeth, Wiard, Modcan, MOTM and a huge variety of Eurorack modules, recorded through vintage Telefunken mic-pres and treated with an assortment of pedals and outboard compressors and EQs.

Stranger Synths comes as 35 Construction Kits, featuring Arpeggios, Basses, Sequences, Pads, Synths and FX Loops, with 174 separate Loops at tempos between 80 and 110BPM. You’ll be able to mix the cream of the Doms modular labyrinth from the comfort of your own studio, with sounds reminiscent of John Carpenter, Vangelis and the rising Synthwave generation.

Stranger Synths has the full frequency range covered, with Sweeps, Bells, Leads, Brass, Chimes and Sequences all primed for a Synthetic future. At 80, 90, 100 and 110 BPM in a range of musical keys, you’ll find the right mix of content for Ambient, Chillout, Soundtracks, Hiphop, Synthwave and Downtempo Genres.

Stranger Synths is available for £29.95 GBP.