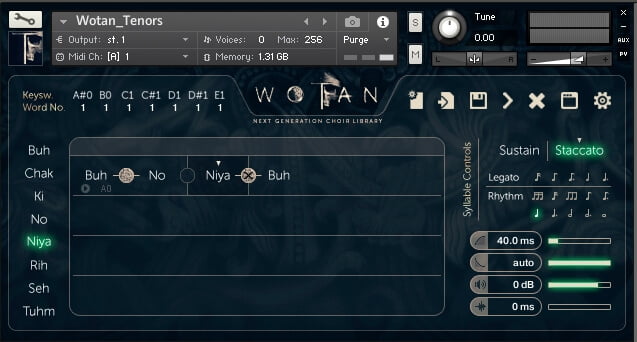 After spending three years exploring various methods to sample choirs Strezov Sampling finally brings to you the next generation of virtual choirs. Focusing on one of the most iconic choir timbres of the last decades in the history of film soundtracks – The Khazad-dûm male choir – Wotan is the definitive box of tools to evoke the sound of a long forgotten kingdom.

Comprised of ten tenors and ten basses (including basso profundos), all part of many choir recording sessions for artists like Two Steps from Hell, and recorded in the Sofia Session Studio Wotan is designed to work seamlessly together with the critically acclaimed StormChoir range adding a whole new layer of dimension and detail.

Wotan Male Choir is available for the introductory price of $269 USD until January 15th, 2016 (regular $329 USD). Crossgrade discounts from other Strezov choir libraries are available.