Strix Instruments has announced the release of PRIPYAT Pianos, a virtual instrument library featuring sounds of pianos found in the city of Pripyat. 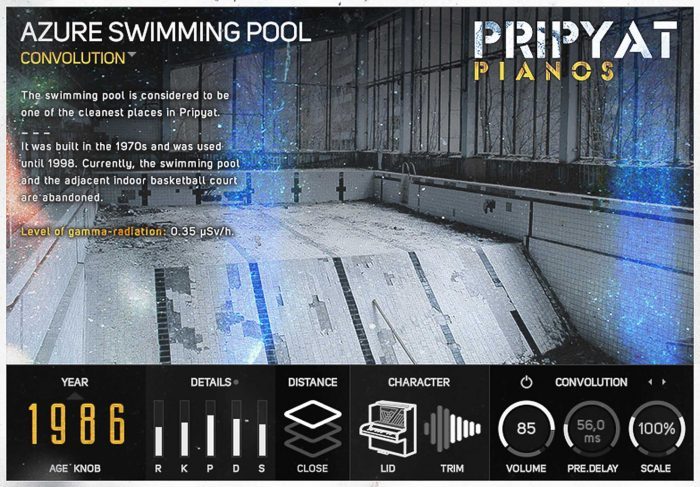 For seven years our team has made more than 25 trips to the city of Pripyat for detailed collection of audio materials. We’ve found and recorded 20 instruments in various parts of Pripyat that are of different levels of preservation and functionality. This amount of instruments was necessary to create a tool suitable not only for sound design, but also for writing compositions. Our goal was to create a virtual instrument which will show the nature of the degradation of instruments under the effects of harsh weather conditions and radiation, yet which also would have the most pure sound. All the pianos we could find participated in the creation of the final sound.

One of the important features of PRIPYAT Pianos is the Impulse Responses collection for Convolution Reverb, recorded in well-known and not-so-known Pripyat sites, including the territory of the tragically known Chernobyl NPP. A series of rooms and open spaces from Pripyat are at your disposal. Some presets are more invisible and will give a light shade to the sound of the instrument, and others will convey the scale of city structures or internal structures of the 5th power unit of the ChNPP. 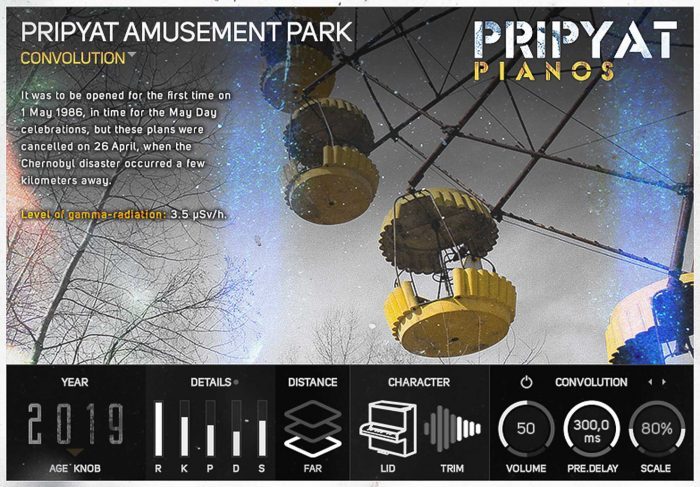