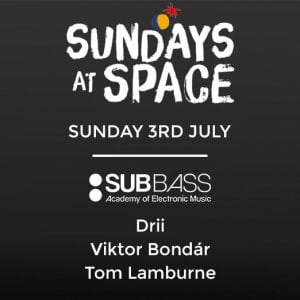 SubBass Academy of Electronic Music has announced that it is offering its students the chance to play at Space in Ibiza, alongside the world’s biggest DJs.

Every year SubBass sends some of it’s students to play out in Ibiza during the busy party season and this year we are offering the very same. Amongst venues like Bora Bora, Sankeys and The Zoo we have confirmed sets for our students at the illustrious Space!

Space is running it’s last season EVER this summer so for these students the chance to play this venue is literally a once in a lifetime opportunity!

SubBass are also looking for a couple more DJs to play in Ibiza. Get in touch with them if you would like the opportunity.