Synapse Audio has released version 1.2 of The Legend, a virtual analog synthesizer instrument for Windows and Mac that aims to bring the sounds of the Minimoog Model D. 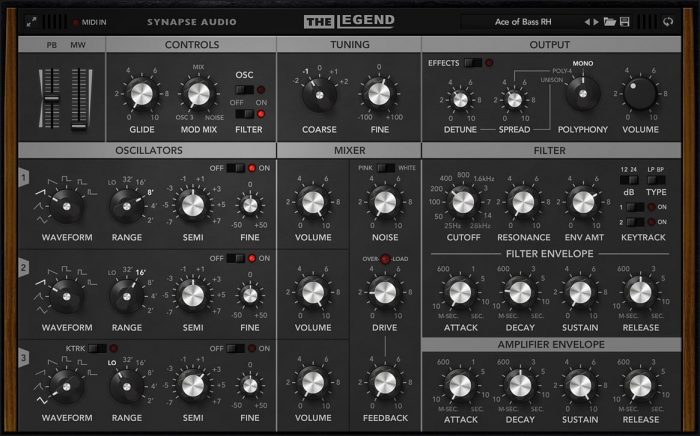 The update adds support for Native Instruments’ NKS as well as Multidimensional Polyphonic Expression (MPE) when in Poly mode. It also introduces a new Performance matrix on the back panel to increase the expressiveness of the instrument.

The most significant additions are the Unison and Polyphonic modes, allowing for thick stereo sounds, as well as enabling polyphonic play. Built around a vectorized core, The Legend is capable of synthesizing four voices for the cost of little more than a single voice, making it a highly efficient analog-modeling synthesizer plug-in.

The Legend is available for purchase for $99 USD.