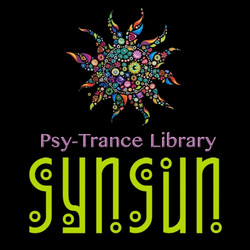 SynSUN has launched SynSUN Psy Trance, a collection of Psy-Trance and Psy Progressive ingredients made by producers and founders of SynSUN – Andi Vax and Jackie White.

In 15 years of existence SynSUN released 5 albums, 5 E.P.s and more than 30 tracks for the other compilations becoming a global giant of Psy-Trance music. In SynSUN’s discography can be found remixes and tracks written in collaboration with such renowned projects as Infected Mushroom, Astral Projection, Skazi, Yahel, Talamasca, Eskimo and much more.

Among the most significant events with SynSUN’s regular live performances are Tomorrowland Festival, Boomerang NYE Festival, Life Festival, National Liberty Festival, as well as appearances in iconic events in Switzerland, England, Portugal, Italy, Belgium, Germany, Israel and so on.

The sample pack is available for purchase from Beatport for $23.99 USD.