KV331 Audio has released version 2.8 of its SynthMaster software synthesizer and SynthMaster Player. 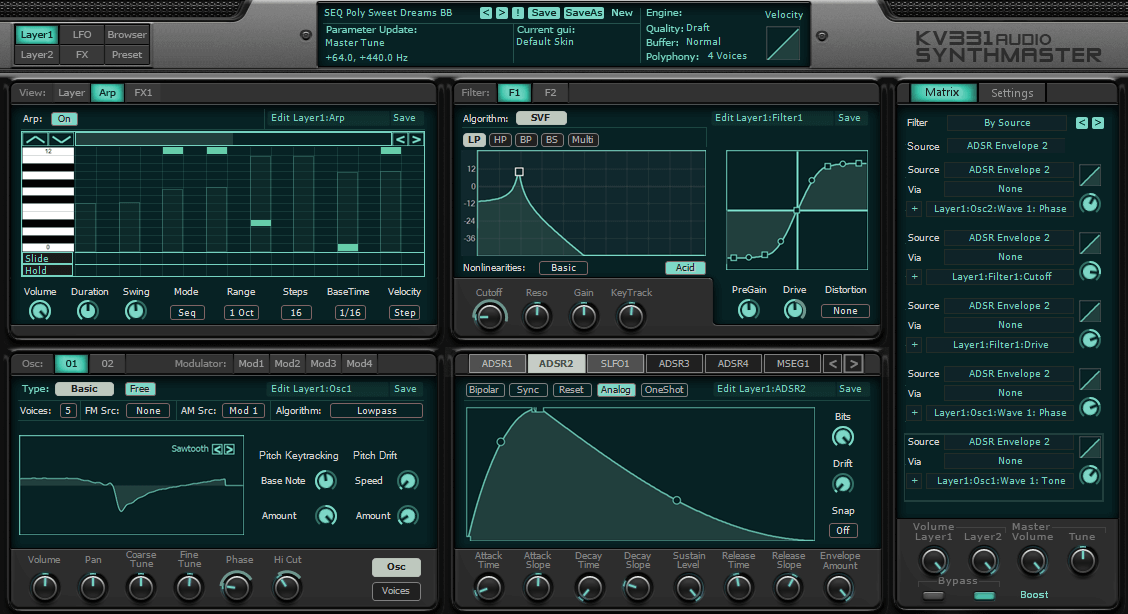 SynthMaster for Windows and Mac (VST/AU/AAX/Standalone) is available for purchase starting at $99 USD; SynthMaster Player is $29 USD. The version 2.8 is free to registered users.