Overloud has announced the release of Tapedesk, a new audio effect plugin in the Gems series, dedicated to mixing and mastering.

Tapedesk combines a tape machine and multiple console models into a single plugin, to replicate the warm tones of an analog mixing workflow. 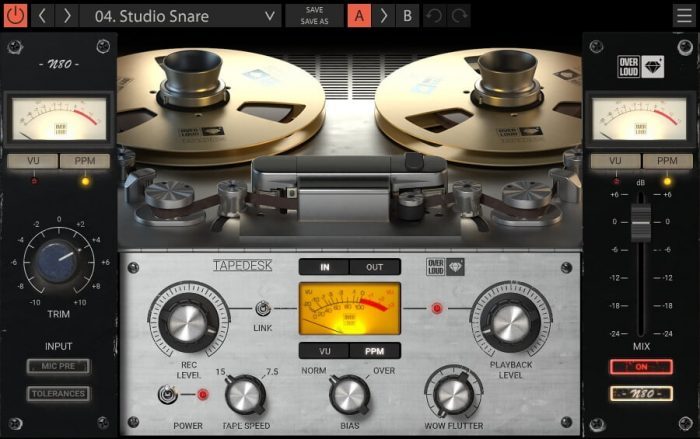 In the real world, a tape machine is always physically connected to a console. The sound enters into the console’s preamplifier, gets fed into the tape machine and is recorded to tape. From there the tape is played back and the audio again hits the console for mixing into its stereo bus.

Tapedesk is the ultimate tool for professional engineers who mix with no compromises.

Tapedesk is available for Windows and Mac (VST/AU/AAX/Standalone), priced at 199 EUR/USD.