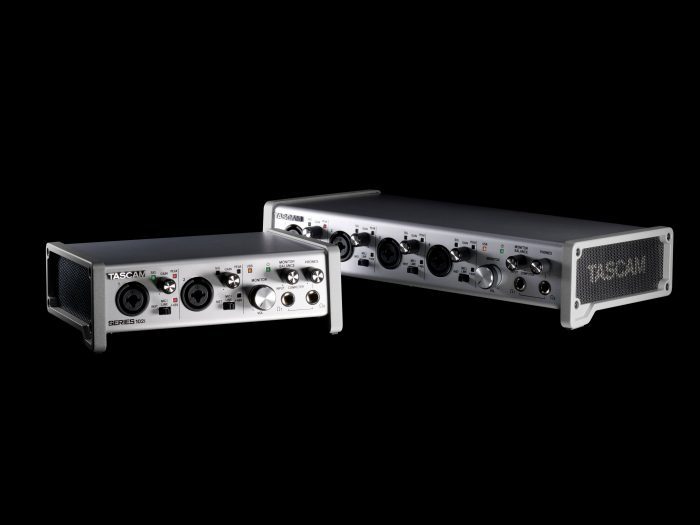 Having these processors included internally eliminates all latency issues and takes the load off the computer, allowing the PC/Mac to process the audio more efficiently.

The interface can be expanded up to 10 total inputs using its Optical S/MUX port, which can accept up to 8 channels of audio input from an ADAT- or S/MUX-compatible device.

It can be expanded up to 20 total inputs using a pair of Optical S/MUX ports, each of which can accept up to 8 channels of audio input from an ADAT- or S/MUX-compatible device.

The SERIES 102i and 208i interfaces’ angled tabletop design offers easy access to all front-panel controls. A large front-panel Monitor knob ensures you can quickly adjust the monitor output level, and a handy Monitor Balance control enables mixing live input with computer playback for zero-latency overdubs.

Get up to 70% OFF SMASH: Indie Guitars, Indie Pop Rock Drums & Rhythms of Arabia