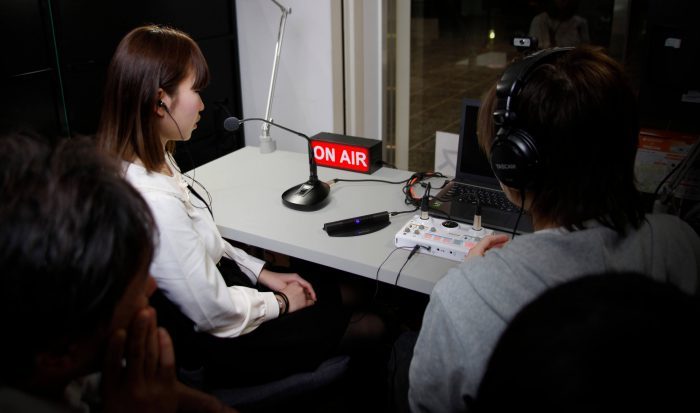 The new products have multiple applications but are ideal for podcasters and videographers.

Primarily intended for personal podcasting and other talk shows but also useful for recording group interviews and corporate meetings, the new TM-90BM boundary condenser microphone is perfect for picking up multiple voices.

Instead of setting up separate microphones for each speaker, simply place one unidirectional (half supercardioid) TM-90BM in the center of the table, supply it with phantom power, and you’re ready to go.

Only 24 mm (0.95 inches) high, the TM-90BM’s flat, compact, sleek black design minimizes its visibility so people won’t be distracted by the presence of a microphone. Yet it can record sources as loud as 140 dB SPL without distorting. A Bass Tilt switch can attenuate bass frequencies for better speech intelligibility, or boost low frequencies when recording pianos, drums, or other musical sources. The TM-90BM comes with a handy carry case and 2.9 m (9.5 ft) cable with XLR connector. 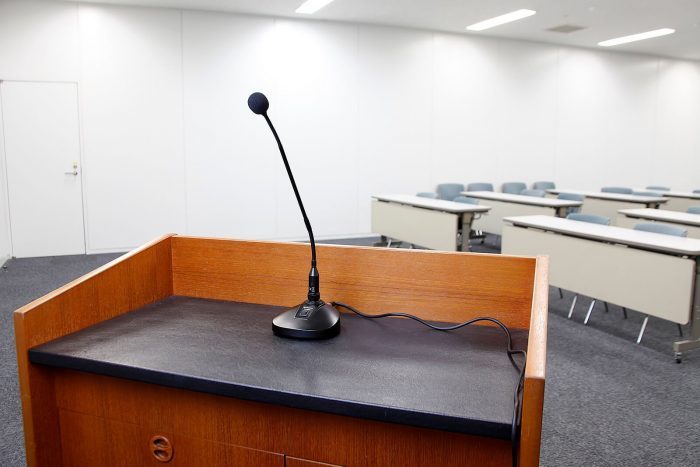 The unidirectional (cardioid) TM-95GN comes with a dedicated, extremely stable mic stand with on/off switch, making it easy to set up, position, and custom-adjust for show hosts, guests, and meeting participants.

A windscreen is included for reducing vocal pop noise. You also get a 2.4 m (7.9 ft) XLR microphone cable. Pair a TM-95GN for the show host with a TM-90BM for guests to get a complete, professional-quality podcasting mic system. 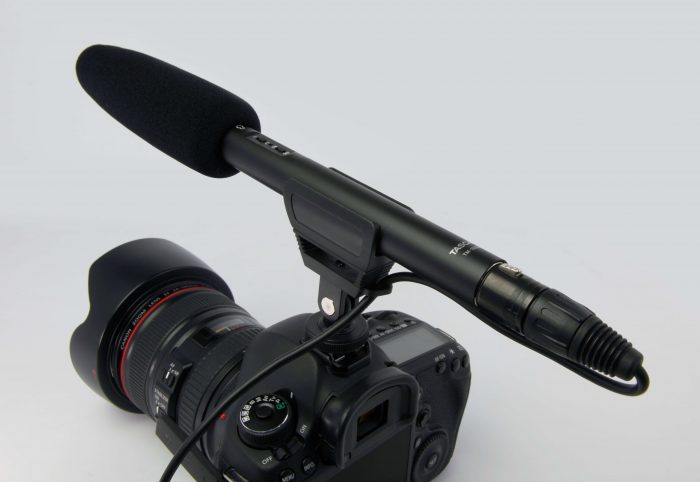 With the included microphone clip with shoe mount, you can easily mount the mic to compatible DSLR cameras. It can handle up to 124 dB SPL, and its included windscreen and built-in low-cut filter make it an excellent choice for outdoor applications. Use the TM-150SG’s XLR output to mate it with a TASCAM digital audio recorder (e.g., the DR-701D or DR-70D), combining the electret condenser shotgun mic and the recorder’s built-in omnidirectional condenser mics to capture voices and ambient sound. A hard carry case and 5/8-to-3/8-inch mic screw adapter are included.

The TM-AM stand series starts with the TM-AM1 microphone stand, which includes a counterweight for the stability to support the heavier professional microphones many budget mic stands can’t handle.

The height of the main pole can be adjusted between 90 and 142 cm (35.4 to 56 inches), and an expandable second boom can be connected to the center shaft, which is especially useful when stand space is limited, such as in a small vocal booth. The second boom’s height can be adjusted between 58 – 90 cm (23 – 35.5 in). A 5/8 inch-to-3/8-inch mic screw adapter enables connection of virtually any standard microphone cradle. 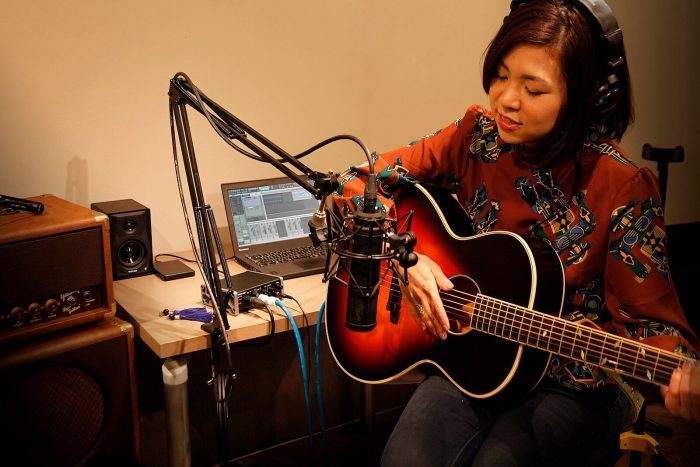 Its 520 mm (20.5 in) scissor-type boom arm reliably keeps your microphone positioned just where you want it for hands-free recording and podcasting. When not in use, it easily swings out of the way. When dismounted, it can be folded for storage or transport. The TM-AM2 comes complete with 5/8-to-3/8-inch mic screw adapter.

When you need maximum stability, choose the new TM-AM3 tripod microphone stand. Similar to speaker and camera tripods, the TM-AM3 easily sets up among existing gear, such as cymbal stands, cables, and other mic stands. 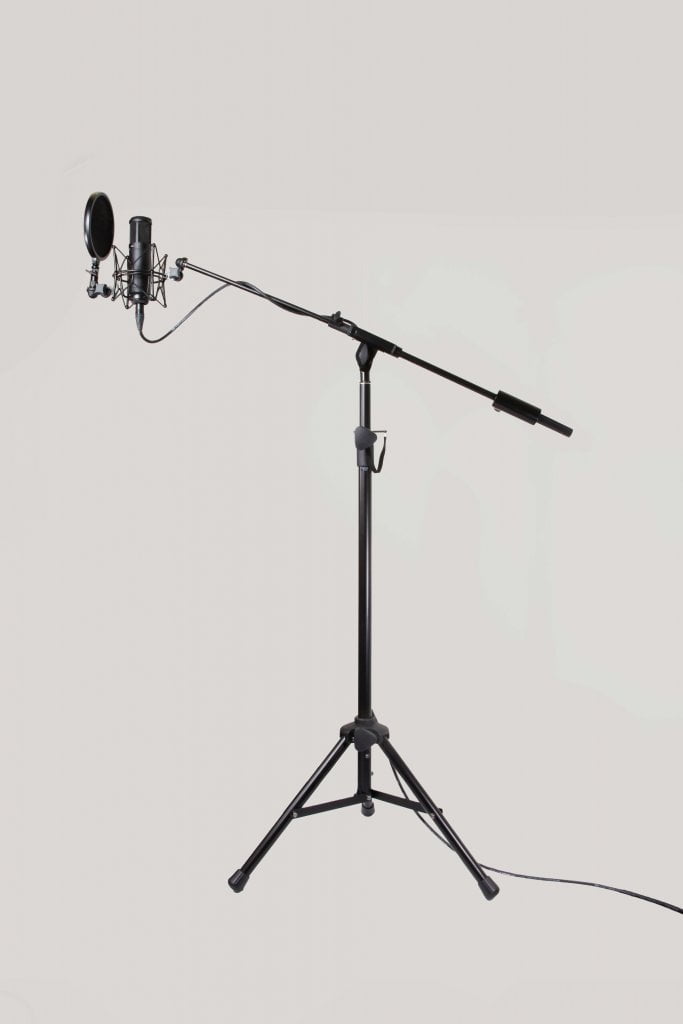 The main pole’s height can be adjusted between 114 – 162 cm (45 – 64 in). A counterweight balances the weight of microphones and prevents the expandable second boom from moving.