TC Electronic has introduced its multi-format monitoring system, Clarity X, in a new MADI version, as well as a free software update and a completely revised license-based pricing structure. 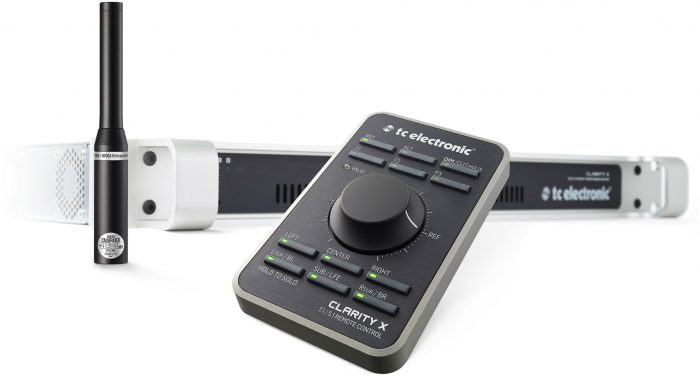 Clarity X has been received extremely well by the pro audio communities since its launch earlier in 2015, not least by film and broadcast production facilities. One of the biggest requests from the market has been MADI connectivity, which TC Electronic is now announcing at the annual IBC show in Amsterdam.

At the same time, TC Electronic is changing the Clarity X pricing structure to a license-based concept that decreases the starting price point significantly from $7,000 to $4,200. A number of features are now available as optional licenses. For instance, 7.1 surround is optional, but Clarity X will still run 5.1 surround as default, and AES channel 9-16 also becomes optional along with other selected features.

Major Software Update
Another very big request from audio professionals has been support for 96 kHz. This is now becoming a reality with a new, free software update that also includes multiple sweetspots, dose meter for headphones and SPL on headphones. It also introduces an improved speaker calibration process as well as improved SPL calculation.

The software update and MADI version of Clarity X is available October 2015.