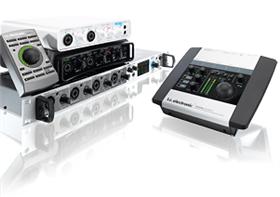 TC Electronic has updated its TC NEAR software for compatibility with Apple’s Mac OS X Lion.

Recently, Apple released a major update to its Mac OS X operating system: OS X 10.7 Lion. Now, TC Electronic is releasing an updated version of its TC NEAR software that is compatible with this new version.

The new software package – TC NEAR v. 2.5.1 for Mac – is fully compatible with Mac OS X 10.7, and in addition, it offers a general improvement of stability and performance. The new software applies to all of TC Electronic’s audio interfaces, including: Impact Twin, Studio Konnekt 48, Desktop Konnekt 6, Digital Konnekt X32, Konnekt 24D, Konnekt 8 and Konnekt Live.

The software supports both 32bit and 64bit environments.