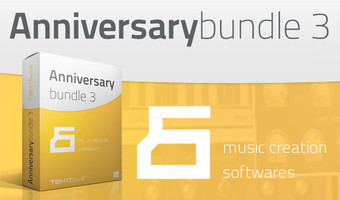 Tek’it Audio has launched the Anniversary Bundle 3, a discounted bundle of 6 plug-ins in celebration of its 3rd anniversary.

To celebrate three years of Tek’it Audio today, we release a new exclusive bundle the “Anniversary Bundle 3”, a mix of instruments and effects to expand your creative possibilities. Get six music creation softwares for a small price and save 50% compared to price of individual products.

The “Anniversary Bundle 3” is compatible with Windows VST format and is available for €76 / $99 only.