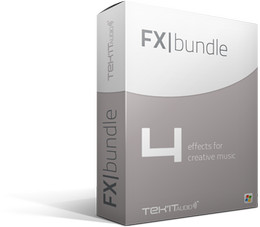 Tek’it Audio has introduced the FX Bundle, a collection of all its effect plug-ins.

Tek’it Audio release a new software bundle, the “FX Bundle” a special offer that include all the Tek’it Audio commercial effect plugins at 15% off compared to price of individual plugin.

A demo version including all the effects as VST plug-in for Windows of “FX Bundle” is available to download.