Tek’it Audio has announced the release of Uinku, a fold-back distortion effect plug-in for Windows and Mac. 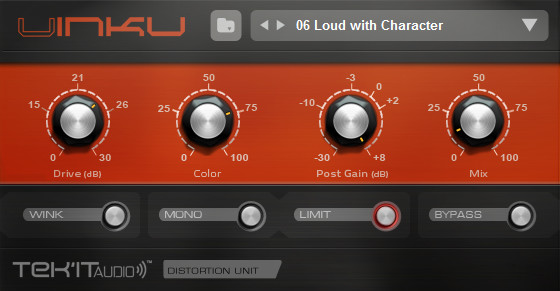 Uinku creates subtle harmonic changes to extreme distortion helped by the “Drive” control to add saturation and the “Color” control in an effort to bake the perfect tones.

The interface features a “Mix” control for blending the original sound with the sound of Uinku and an “Output Gain” control with a clipper stage to drive distortion further.