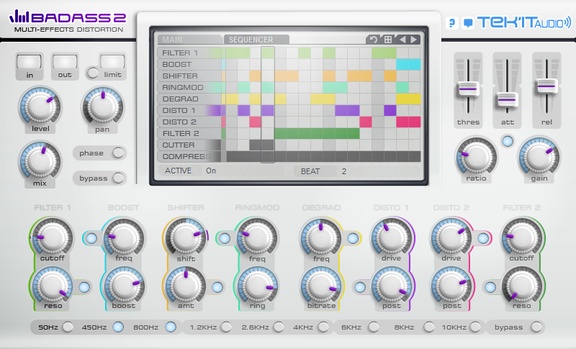 Badass distortion plug-in mix ten types of effect, a sequencer and a massive modulation system. This give you a powerful tool to give to your sounds a little bad grain or destroy them completely.

This update solve issues when the plug-in is used in FL Studio, solves some other bugs and improve performances.