Tek’it Audio has released version 2.5 of its Badass 2 distortion effect plug-in for Windows. 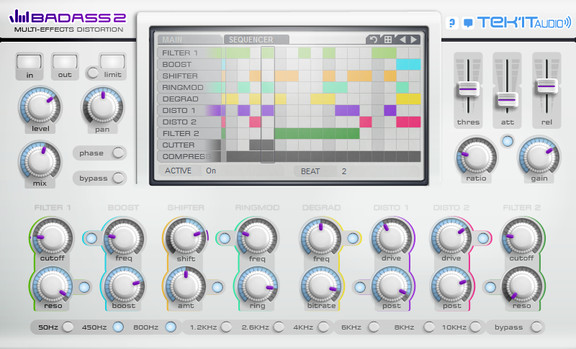 Badass is a multi-effects distortion plug-in that give to your sounds a little bad grain or destroy them completely helped by ten types of effect, a sequencer and a massive modulation system.

This update comes with a new 16 steps sequencer allowing you to sequence each effect in sync with your DAW. They have also resolved six bugs and bring many improvements to the user interface.

Badass is available to purchase as a VST effect plug-in for Windows, priced at 39 EUR.