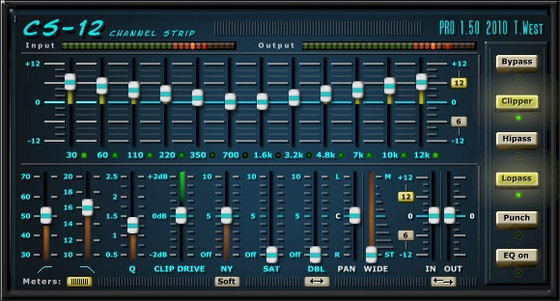 The CS-FX is a channel fx plug-in with similar features to the CS-12 effect, except it has a Bass, Mid, Treble EQ instead of the 12 band one in CD-12.