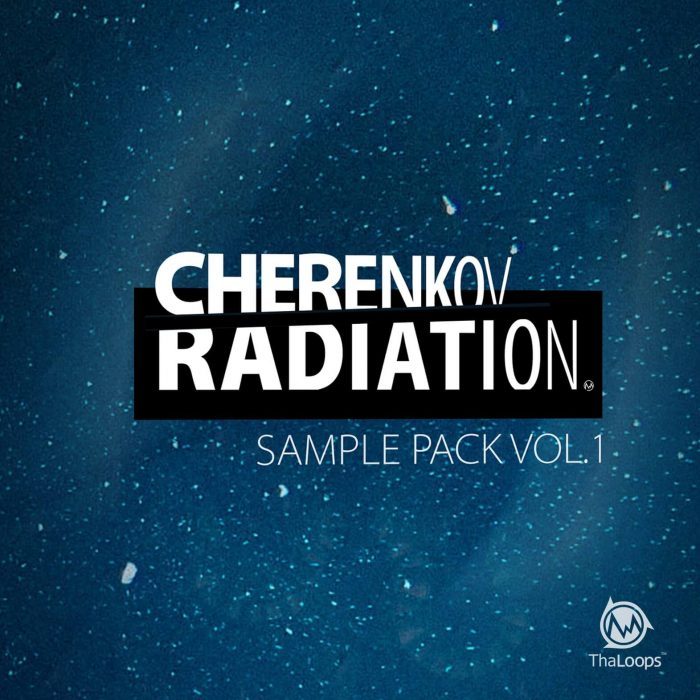 The vibe of tape saturated drums, analog synths, mysterious harmonics, effects and melodies inspired by a state of Cherenkov Radiation, when charged particles underwater are moving faster than the speed of light.

Over 470 MB of loops and samples cover tempo ranges from 86-140 BPM. Each construction kit theme includes up to eight bar long loops for mixing them into full production beats. The sounds were designed using the production techniques of artists such as Timbaland, Kanye West, M.I.A, Baauer and ThaLoops’ own signature style.

Additionally, ‘Cherenkov Radiation Elementz’ folder is provided. The folder includes one shot sample exports of all the sounds and musical elements used in the beats giving full freedom to create original music.

All loops and samples are royalty free.

Cherenkov Radiation Vol.1 is available as a download, priced at $11.99 USD.