Musical Entropy has announced the release of The Great Escape, an organic, dynamic tremolo audio effect made in collaboration with Thrilltone. 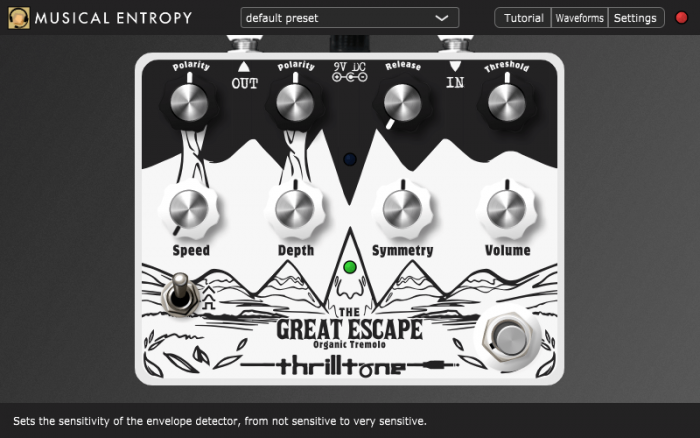 Instead of being just a standard but still very good sounding tremolo, the two of them feature an envelope detector which changes the speed and the depth of the effect with your playing.

Indeed, tremolo is a great effect, but we must admit that in most cases, it has this mechanical and repetitive behavior, which leads us to use it in a very occasional manner, with pretty smooth intensity… Now, thanks to the envelope detector, tremolo can be a very expressive audio effect !

The Great Escape is available to download in VST/VST3, AU, and AAX formats (64-bit only).

Ghosthack Easter Sale: Up to 94% OFF sound packs & bundles