Alonso Sound has launched The Sounds of Revealed Vol. 1, a sample pack featuring a collection of over 1,300 samples and 256 presets for Spire and Sylenth1.

This is the first installment of a new sample pack series that is designed to give you everything possible to sign the next Revealed Recordings hit record and join the Revealed roster.

The Sounds of Revealed Vol. 1 is for you. The artist. The producer. The person that wants to take their productions to the next level. You have all the tools and the ability to select a variety of original and advanced sounds used by Revealed artists themselves.

Whether you’re looking for Kicks, Fills, Percussion, Drop Stabs, FX, Shakers, Toms, or a diverse selection of inspirational presets – you can have it all here. And to speed up your workflow, all samples are labeled by their root key, if a discernible pitch was defined.

The Sounds of Revealed Vol. 1 comes with two Revealed Signature Soundsets for Sylenth1 and Spire. These presets were designed around playability and ease-of-use. Every preset is assigned Modwheel controls and, in addition, each of the Spire presets have all 4 Macro controls assigned, which we really think is going to make your music sound richer and easier than ever to create.

The Sounds of Revealed Vol. 1 features

A purchase includes a free copy of “The Sounds of Revealed Vol. 1 – Sylenth1 Risers Soundset”, an 80 preset soundset for Sylenth1 that is designed to give you an abundance of sonic possibilities to customize your buildups. 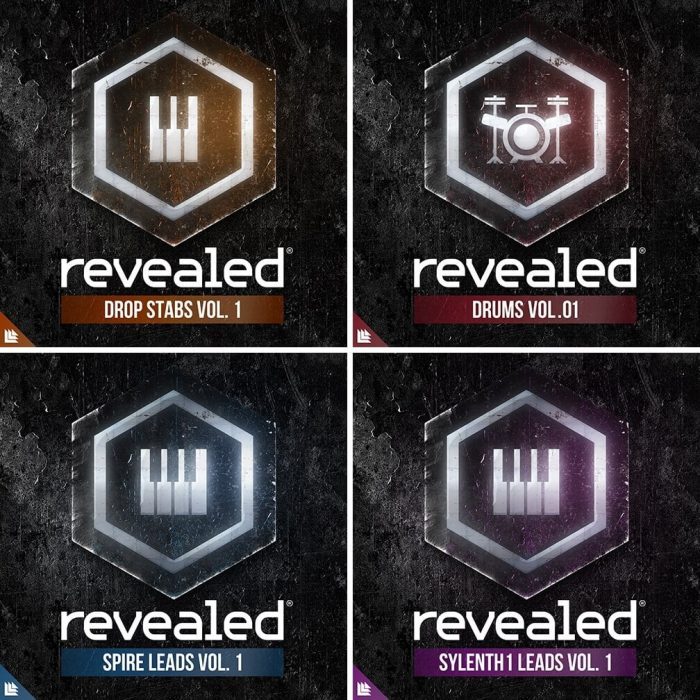 These packs are available for purchase for $19.95 USD each.

For a limited time you can save 10% off all new Revealed packs with discount code REVEALED at checkout.