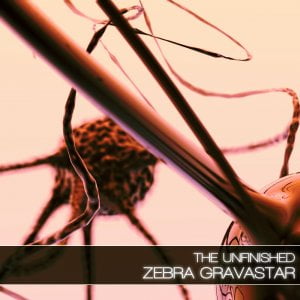 Zebra Gravastar is a collection of 180 sounds for U-he’s Zebra2 synthesizer, aimed at cinematic scoring with a dark, organic edge.

The bulk of this soundset was originally designed for composer Jason Graves (Tomb Raider, Until Dawn, Dead Space) to use for his amazing score for Ubisoft’s Far Cry: Primal. Jason’s brief for the project was hilariously simple: “Imagine synthesizers as played by cavemen.”

The soundset is full of deep rhythms, shadowy pulses and ethnic loops, as well as ghostly textures, tectonic bass and luminescent pads. These sounds are alive and breathing; growing and evolving.

This collection particularly takes advantage of Zebra’s FM/noise oscillators, its comb filters and its advanced waveform options. Though devised through software and synthesis, Gravastar’s heart lies in the natural, the tribal, the environmental, the elemental.

Each sound has dynamic movement and options programmed into the modwheel and the X/Y pads, for further sonic exploration.

Gravastar also comes in a Dark Edition, with a further 180 sounds that take the original patches and re-interpret them in ZebraHZ. The expansion has a grittier, more analogue and electronic vibe.

Zebra Gravitar is available for purchase for £24.99 GBP. The Dark Edition (which has all 360 patches) is £34.99 GBP. Prices ex. VAT. A free ‘try before you buy’ sample of sounds is available to download.