Once you’ve got your head around the flat, graphical interface, this Mac-only plugin might appear to be more of the same – three oscillators routed into a filter. But Torsion’s oscillators actually work in a different way to many other synths: you start off with some pretty simple waveforms, which are then twisted up to become more complex, meaning that there’s a huge range of tone possible before the signal even hits that filter. 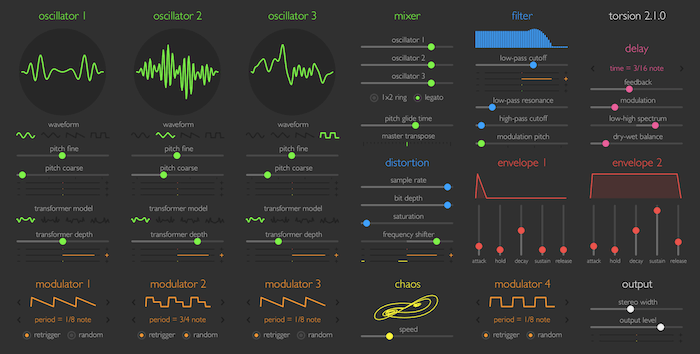 There’s a bunch of modulation and effects in Torsion as well, with frequency-shifting, FM, random LFOs and a 2D chaos oscillator on-hand to make sure your sounds are creative and original. Remember – this plugin’s Audio Units only, so just for Mac users.

This recreation of a lesser-known analogue synth has captured what made it so special. The RSF PolyKobol 2 offered a way to morph between waveforms in analogue – before digital technology had made us familiar with wavetable synthesis.

If you’re after a great analogue sound but don’t just want to rehash the same old Minimoog architecture and workflow, PolyKB is well worth a look.

For this recreation, XILS-lab have added niceties like per-voice modulation, an up-to-128-step sequencer with a choice of 16 destinations, and 3D spatialisation. It’s analogue, but not as we know it.

Ever wanted to grow your synth patches like a plant? Of course you do, you’re always talking about it! Well Synplant will have you doing just that.

Billed as a ‘genetic approach’ to synthesis, Synplant has you planting seeds through 12 musical notes, and using four main sliders to grow and evolve the whole thing into the perfect patch. It’s not at all like the synths you’re used to; it’s definitely not knob-per-function – it’s a creative way of coming up with entirely new sounds.

You want something whacky and leftfield? OhmForce will always and forever have you covered.

Symptohm doesn’t just have a weird interface, it’s got a weird way of working as well, with its granular oscillators, sub oscillator with ring modulation, and noise generator leading into the filter bank from OhmForce’s Quad Frohmage. You can also use Symptohm to morph between presets. 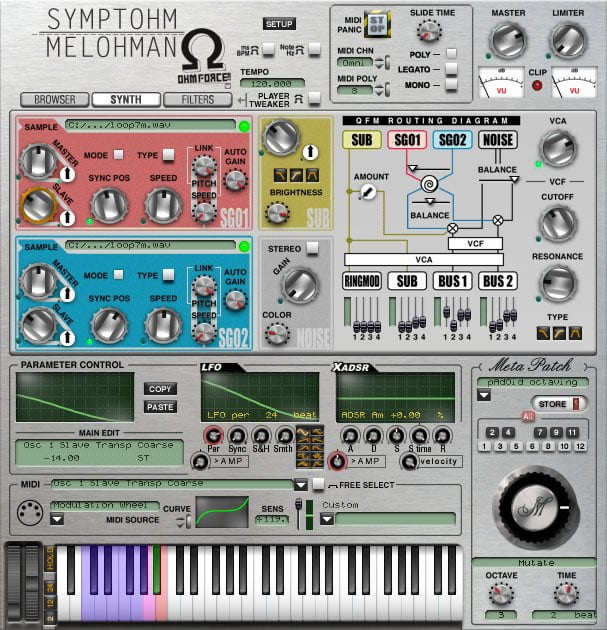 This plugin takes an age to properly understand, but there are, quite helpfully, over 1000 presets to get you up and running, for when you need a creative, new sound, and you need it now.

The Buchla synths were the West Coast rivals to Moog’s East Coast synth architecture. Eventually, the minimoog-style subtractive synthesis style sort of won out, and most synths since have used the idea as their inspiration. But recently, the West Coast philosophy has started to come back.

Synths like the Buchla Easel generated simple oscillator tones, which were then chewed up by wavefolding to produce more harmonic sounds. Other oddities include the low-pass gate module, which acted as a sort of input-level-dependent filter. It’s all emulated in expert fashion here by Arturia, for the classic West Coast experience.

Check out Plugin Boutique for more details on these and many more software synthesizers.

Get some of the best Sylenth1 presets at Loopmasters (incl. free download)