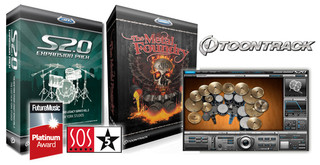 Time+Space has announced that Toontrack Superior Drummer expansion packs The Lost New York Studios and The Metal Foundry are available with more than 50% discount in December.

The Lost New York Studios and The Metal Foundry are available to purchase for £59 GBP / 69 EUR each through December 2009.