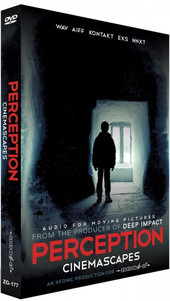 Time+Space has announced the release of Perception: Cinemascapes, a sample library from Zero-G.

From cinemascapes of staggering beauty to impacts of shocking horror and violence and everything in between, Perception is full of musical ideas which can be used as building blocks to add a third dimension to your musical compositions – whether for film, tv or video games.

Perception contains over 650 instruments in EXS24, Kontakt and NN-XT format as well as Acidized Wav files and Apple Loops all recorded in stunning 24bit using high fidelity source materials and a large-soundstage production approach. These stunning sounds will help you create highly charged emotional mood narratives that generate the perspective of a certain time and space.

In addition, the 35 construction kits contain all their individual components which can be combined to create your own unique arrangements and compositions.