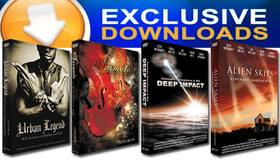 Time+Space has announced it will be offering Zero-G products as downloads from the date of release.

There’s little doubt that Zero-G were among one of the original companies responsible for kick starting the sampling boom way back in the early nineties – remember ´Datafile 1´?.

Almost twenty years on, the pioneering company is still going strong, producing top selling libraries including Dark Skies: Cinematic Ambiences which has been nominated for an inaugral Sound on Sound award.

Until now, Zero-G libraries have only been available to download 6 months after the DVD release, it is therefore with great pride that, in addition to carrying the DVD libraries, Time+Space will be exclusively offering Zero-G products as downloads immediately from the time of release.