In a short documentary we join Hyperdub founder Kode9 as he explores the fringes of Tokyo’s bass scene and how the influence of Japanese cultural traditions have added a unique twist on bass music.

This summer, Boiler Room & Native Instruments took Kode9 to Tokyo to explore the full spectrum of Japanese bass culture. As a pioneer who has spent the last decade at the frontline of heavyweight club sonics (and a Japanophile, to boot), there were few better fitted to be at the centre of this exchange. “Tokyo Bass” is a short film that documents the experience, featuring a number of important voices in Tokyo’s club underground. A project that hoped to reach across the aisles, it touches on everything from the traditions of early Japanese drum culture to the futurist footwork of modern Tokyo.

Above all, the central focal point of the film is Kode9’s introduction to the ancient discipline of taiko: the enormous tree-hollowed drums used in Japanese culture for thousands of years. Originally used as fearful instruments in the theatre of war, it’s only in the last half-decade that they’ve been used for performance. As an academic in sonic warfare and the theoretics of bass, Kode9 was our ideal candidate to tackle their cultural magnitude. Over the course of a few days, he set out sampling various taiko and took them into the studio with Osaka-based footwork producer DJ Fulltono.

Listen to Kode9 and DJ Fulltono’s collaboration below.

Use these sounds to create a track and you might even win a Maschine MK2.

We’ve created a bespoke sample pack stuffed full of Kode9’s Japanese taiko stems. This is an open invite for musicians of all stripes to build a track using material from the sample pack.

These tracks will be entered into a grand draw and the winner will be chosen by Kode9. The victor’s spoils? A custom-plated Native Instruments Maschine production centre. 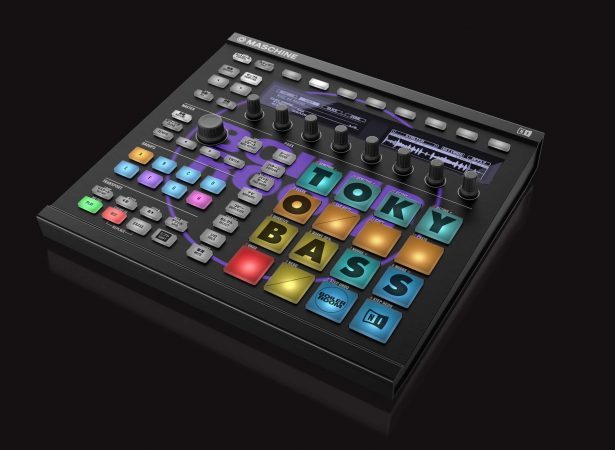 Save up to 90% off at The Loop Loft: Track Stacks, Hip Hop Drums, The Songwriter Drum Bundle & more