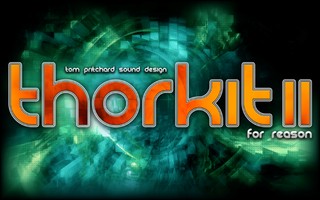 Tom Pritchard Sound Design has announced the release of ThorKit II for Reason 4 and above, the sequel to the popular ThorKit ReFill, featuring 200 new Thor patches.

Chord patches use Thor’s Step Sequencer to mimic Chord Memory, a function found on some synthesisers whereby pressing a note plays an entire chord, resulting in some huge sounds. You can deactivate the chord with Button 1 and use these as 100 deep Polysynths if you prefer.

ThorKit II is available to purchase for £15 GBP.