Tone2 Audio has announced the release of Icarus, a 3D wavetable synthesizer for Windows and Mac. 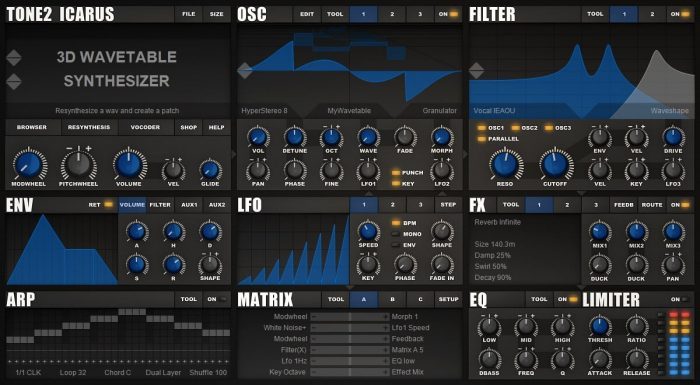 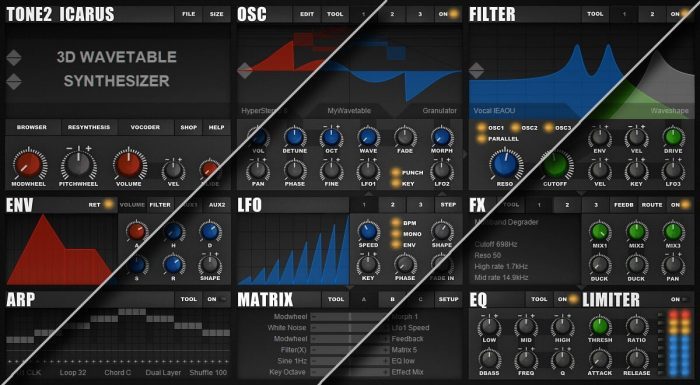 Icarus is a powerful, new synthesizer with ‘3D wavetable synthesis’. It offers a fresh sound, which quickly catches the audiences’ attention. The innovative resynthesis can rebuild nearly any sound with a mouse-click. The easy to use interface and a massive amount of inspiring factory sounds allow a rapid creation of professional tracks.

What is 3D wavetable synthesis?

Icarus is a ‘3D wavetable synthesizer’, because the popular traditional wavetable synthesis, which is capable of cross-blending waveforms, has been extended with an additional dimension for morphing. Wavetables can be manipulated with 54 different morph modes in real-time. As a result Icarus can create sounds with lots of dynamic expression and movement. Many of these sounds can not be created by other synthesizers.

Auddict Master Brass Bundle for Kontakt 75% off at VST Buzz