Tone2 Audio has announced version 1.6 of Icarus, a wavetable synthesizer instrument for Windows and Mac. 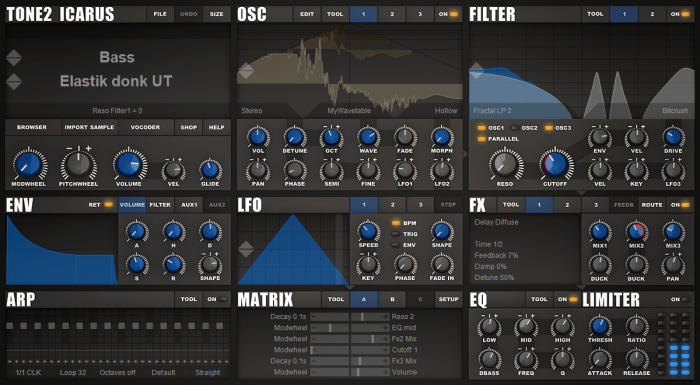 Icarus 1.6 is downward compatible with all previous versions. All existing song projects and patches can be loaded without any further steps necessary. They will benefit from the enhanced sound quality.

Get more drum sounds with FXpansion BFD Expansion packs, on sale at 50% OFF