Tone2 Audiosoftware has launched a public beta of its upcoming RayBlaster2 synthesizer instrument. 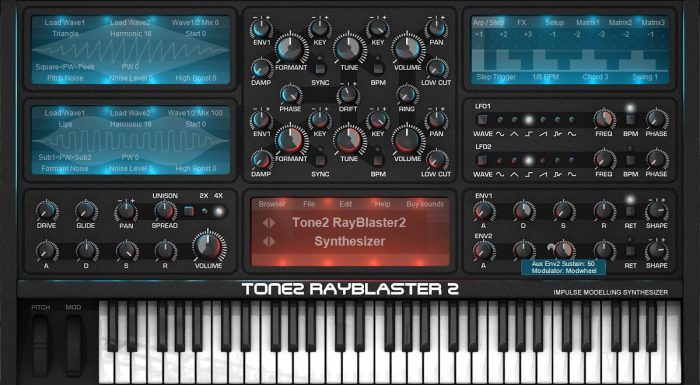 RayBlaster unveils a completely new & unique dimension of sounds, exclusive to Rayblaster and not possible with other synthesizers. The revolutionary Impulse Modeling Synthesis is not just a marketing buzzword – but a radically new and different approach to synthetic sound generation.

RayBlaster2 is 100% downward compatible with all previous versions. All existing song projects and patches can be loaded without any further steps necessary. The upgrade is free for all customers, who purchased RayBlaster in 2016 or 2017.

Rayblaster2 will be available in early March. The public beta is now available for download from the Tone2 forum.