Tone2 Audiosoftware has released a public beta version of its Icarus wavetable synthesizer instrument for Windows and Mac. 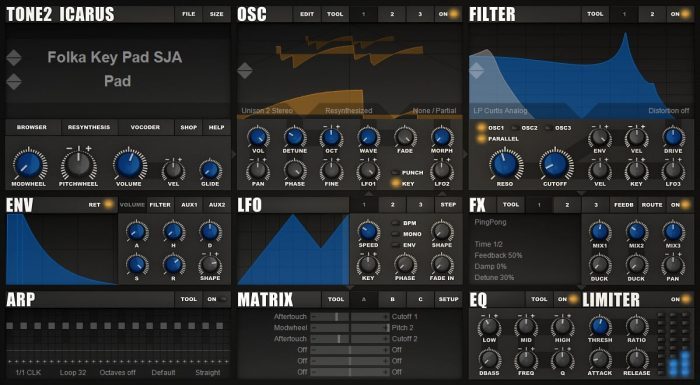 We received many requests to be able to join the beta of Icarus before the official release at the end of June. That’s why we decided to offer a public beta and an early access phase.

Known bugs: The beta, has been reported to be stable and reliable. If the plugin runs in demo mode, it sometimes can produce a hanging tone after 30 minutes. The unlocked full version is not affected by this.

The public beta is available for download for Windows and Mac (VST/AU).