Tone2 Audio has released version 2.6 of Electra 2, a synthesizer workstation for Windows and Mac. 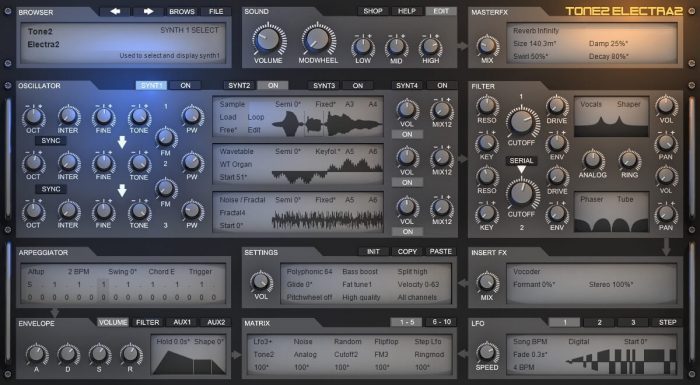 Electra2 breathes new life into the term “synthesizer workstation”. With its powerful and sonically versatile approach to audio production, it provides you with truly outstanding new sounds.
The instrument is equipped with a high-end quality sound engine with multilayer support and a wide range of music production features.

Electra 2.6 is downward compatible with all previous versions. The update is a free download for Electra 2 users.