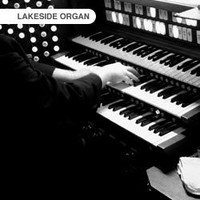 Tonehammer has released Lakeside Organ, a sample library of a partial analogue and electronic pipe organ that produces its sound by venting mechanically compressed air (wind) through resonant pipes.

Each pipe produces sound of one fixed pitch, so they are provided in sets with one pipe or more per note, each set or stop having a common timbre and loudness throughout. The Lakeside Organ has multiple sets of pipes of differing timbre, pitch and loudness which the player can employ singly or in combination. The actual organ is made from three keyboards, played by the hands, and a pedal board for bass notes, played by the feet, each of which controls its own group of stops.

We carefully recorded the organ at a variety of different settings, which allows the user to control the timbre of the organ. We recorded five different settings comparably from PP to FF. All settings recorded at two microphone positions (close/far), so user have ultimately flexibility between 10 different organ settings. Additionally we realized that many other organ sample libraries use noise reduction, which gives a more polished/clinical sound to the organ. We decided to take the opposite approach and allow all the air sounds in the library, since a variety of the “noise” is the air produced by the pipes. This means that the organ has a more full and airy sound (especially in softer settings), which gives a more emotional expression.

Lakeside Organ is available for purchase now for $59 USD.

Visit Tonehammer for more information and some audio demos.