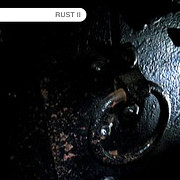 Tonehammer has announced the release of Rust II, a highly unique percussion library recorded in the depths of an old abandoned mortar bunker.

The library covers +3.000 samples of “prepared metal/rust” instruments and is one of the largest- and most comprehensive sample collections ever done of metal objects . Rust II covers over 81 different type of “instruments” from giant aluminum poles to metal bathtubs, from slamming blast doors used as percussion instruments to massive Hercules (nuclear missile holders) metal racks, from creaking cell doors to metal objects without names, from massive metal stairs to slamming large tower rails. The library also includes a sick sample collection recorded at a sculpture park. The collection holds no less then 17 different metal sculptures each with their own tonal characteristics.

All instruments were tortured in traditional Tonehammer ways, which includes using fists, hands, hammers, mallets and a variety of other instruments of pain. In addition the library follows normal tonehammer standards in terms of velocity layering and round robin.

Rust II is available for download for the introductory price of $59 USD until August 3rd, 2009 (regular price $69 USD).