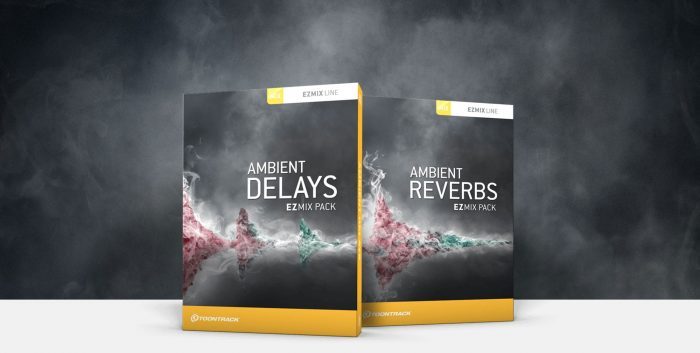 The Ambient Reverbs EZmix Pack comes with 50 aux and insert signal chain presets where the reverb is the undisputed focal point. Long, short, dark, bright, modulated, panned, phased, pitched, bitcrushed, natural and saturated – this collection covers the entire range from lo-fi to hi-fi. Expect anything from classic and natural-sounding ambiences to inventive chains of digitally handcrafted reverbs that push the envelope of cutting edge sound design.

The new EZmix packs are available from Plugin Boutique at a 20% discount until May 1st, 2017.

Additionally, the EZmix 2 mixing tool is 20% off and a purchase includes a free EZmix pack of your choice. The entire range of EZmix Presets Packs is also on sale. 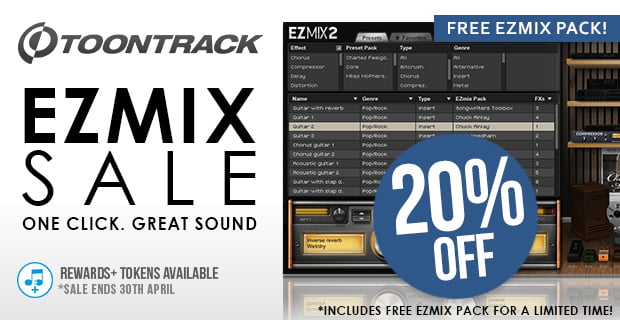 EZmix 2 is a multi-effect plug-in that lets you assign pro-designed audio processing effect chains to any audio source. A guitar amp, mixing engineer and mastering suite all in one convenient package. Save 20% off EZmix 2 and get a FREE EZmix Expansion Pack at Plugin Boutique.

Expand your Toontrack EZmix with new professional mix and mastering presets designed from some of the worlds leading mix engineers and producers.