This Summer, users of Toontrack’s EZdrummer 2, Superior Drummer, EZmix 2 or EZkeys can save 20% on a massive choice of MIDI and preset packs. 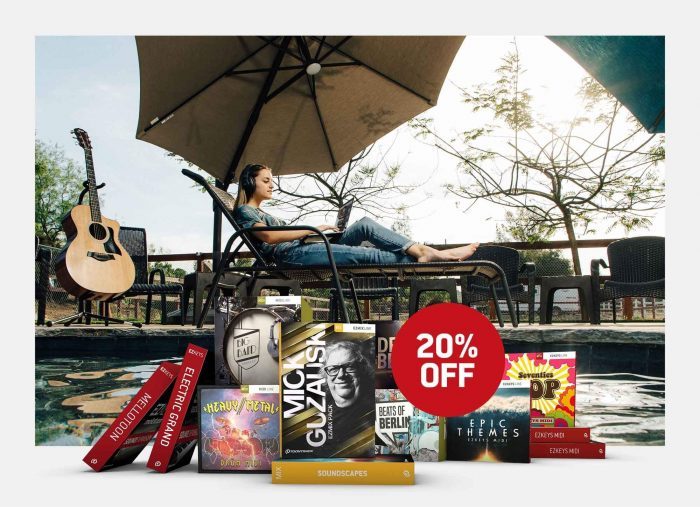 Proving a plethora of music styles and genres, not to mention the expertise of acclaimed engineers including Al Schmitt, Bob Rock, Andy Sneap and many more, Toontrack’s expansions allow users to tailor their software for their own musical needs, or to simply load in a completely new source of inspiration.

EZkeys users can also benefit from 20% off EZkeys Sound Expansions – meaning they can add another EZkeys instrument to their collection for just £47 GBP – that’s over 60% less.

From a traditional Grand or Upright piano, a pipe organ, some retro electric keys or the more unusual and hugely inspiring ‘Cinematic Grand’, there’s thirteen to choose from.

The promotion is available from Toontrack and distributors Time+Space and Pluginfox until August 31st, 2020.

Loopmasters Spectrum of Techno offers 5 sample packs at 75% OFF