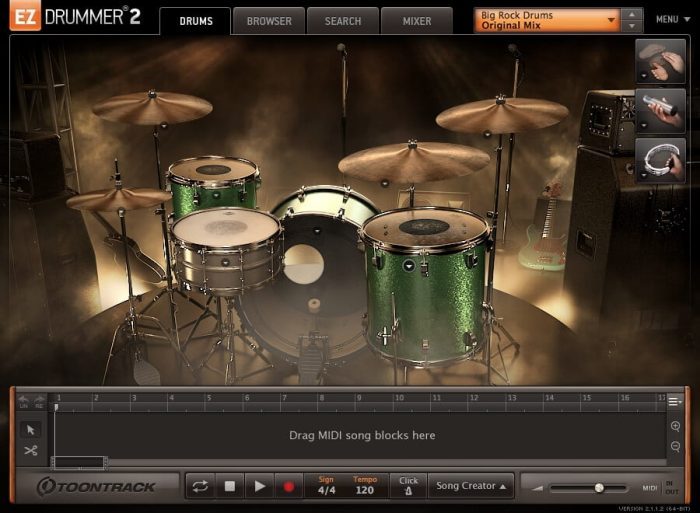 Fueled by acts like Led Zeppelin, Deep Purple and Black Sabbath, a new breed of rock burst onto the scene in the late sixties. With a big, thunderous sound, often with the drums as the barreling force in the front of the mix, the classic acts of this era didn’t only strike a chord that would resonate to this day – they shook the ground and started a landslide of heavy music to come.

As much as this is an homage to times that passed, it’s at the same time a reminder of the fact that great tones never die – they echo through the ages. Quite simply: vintage never gets old.

The Big Rock Drums EZX is available for purchase for 69 EUR.