Toontrack has announced it is offering various deals on Superior Drummer 2 products through March. 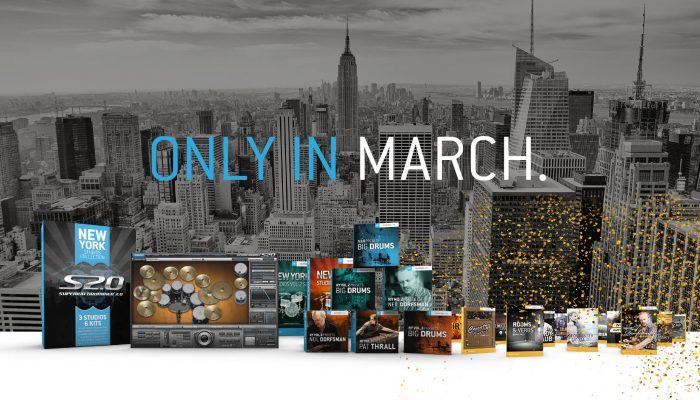 Today, Toontrack announced a more than 20% cut on the New York Studios Collection, including the industry standard, award-winning Superior Drummer 2 software paired with two (2) SDX expansions. In addition, as an added value, Toontrack is offering six (6) Producer Presets titles free of charge with the purchase. Complete savings on this deal is in excess of $100, not including the added value item.

Further, to celebrate the four year anniversary of Toontrack’s multi-effect mix-tool EZmix 2, all EZmix packs (expansions for EZmix 2) are 20% off – all March.

All promotions are available through participating dealers or directly from Toontrack.